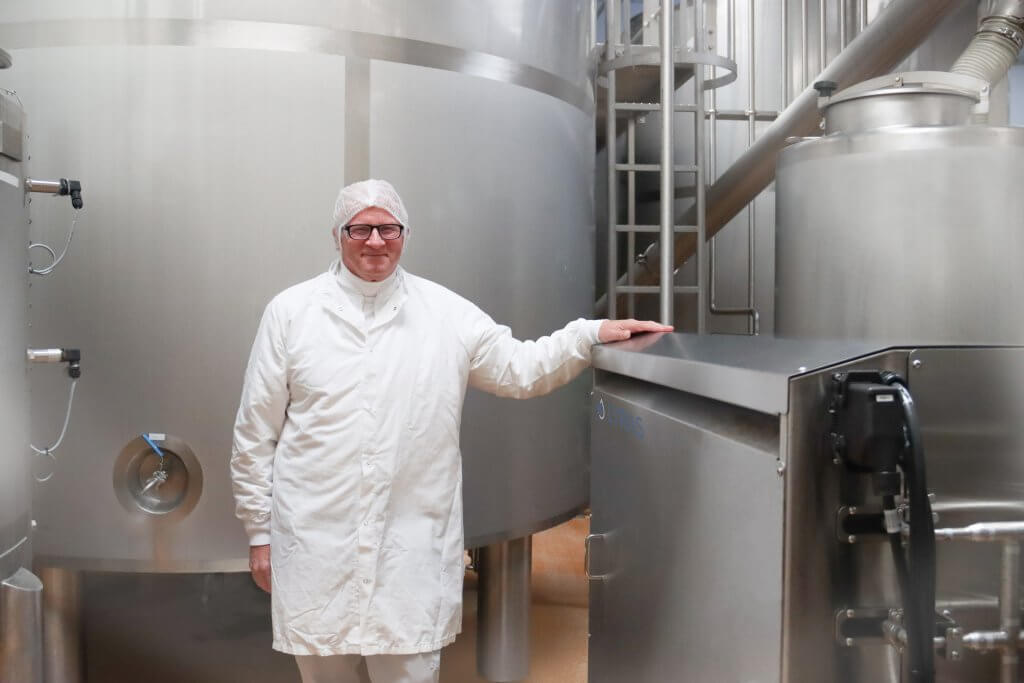 Saves enough energy for 164 car trips around the world annually

Food producers can save 60 to 90 percent energy compared to traditional pasteurization with Danish Lyras’ UV technology, raslysation. In this way, for example, a dairy can reduce its CO2 emissions annually by approx. 500 Tons by simply replacing a single plant with a raslysation system. This corresponds to 164 trips around the world in an ordinary petrol-powered family car.

With Lyras’ technology, food producers, such as dairies, also save 60 to 80 percent on water consumption compared to pasteurization – plus troublesome cleaning of pipes and tanks. Raslysation can be used on dairy products such as whey, brine, juice and many other liquid foods. This is done, for example, at Arla Foods Kruså, where packaging manager Vagn Clausen explains:

“Arla Foods Kruså achieves both environmental and economic benefits by replacing the microfiltration system with a UV system from Lyras. Waste and energy consumption is reduced, while cleaning and operation become simpler and cheaper.”

“We have known for a long time that UV light can disinfect water. With the right technology, UV light also preserves and improves food safety in less transparent liquids such as milk and juice. UV light is as effective as heat against bacteria but requires less energy and water. At the same time, UV light has no effect on taste and actually extends the shelf life of the product,” explains Tatiana Koutchma. She is a PhD researcher at Agriculture and Agri-Food Canada and has been doing research on UV light and non-transparent liquids in collaboration with the food industry for almost 20 years.

Works on juice and tea as well

Raslysation also ensures the quality of, for example, apple and orange juice as well as iced tea. The key to raslysation is a specific UV wavelength that neutralizes harmful microbiology. The liquid is led through transparent pipes in a controlled flow, ensuring that all parts are exposed to the effective UV light. This effectively inactivates harmful microbiology, while the product retains its structure and taste.

In the spring, Lyras won the award as EY Entrepreneur of the Year 2021 in the category Social Entrepreneurship – Future Impact. The raslysation technology has been sold to businesses in the US, Australia and Spain, and have already been implemented in Danish and Swedish dairies.

Facts about Lyras and raslysation

Lyras has developed the ground-breaking technology, raslysation, which inactivates microorganisms in beverages and other opaque liquids, using UV light. The technique uses significantly less energy and water compared to traditional pasteurization, which requires the product to be heated and cooled again. Raslysation uses a UV light source that provides a specific UV light wavelength. The liquid is directed past the light source in a controlled movement so that everything is illuminated. This effectively inactivates bacteria and other microorganisms. The technique can be used on dairy products, juice, iced tea, and many other liquid foods and liquids.

The word pasteurization comes from the inventor Louis Pasteur. Lyras’ technology for inactivating bacteria and spores with UV light instead of energy-intensive heating, has previously been called “cold pasteurization”. However, as the words “cold” and “pasteurization” are contradictory, the technology was given a name of its own—raslysation. The word is created from the first three letters of inventor of the technology, Rasmus Mortensen’s name, and the Danish word for light.

Get the latest news

hi, how can we help you?